Giacomo Agostini, above all 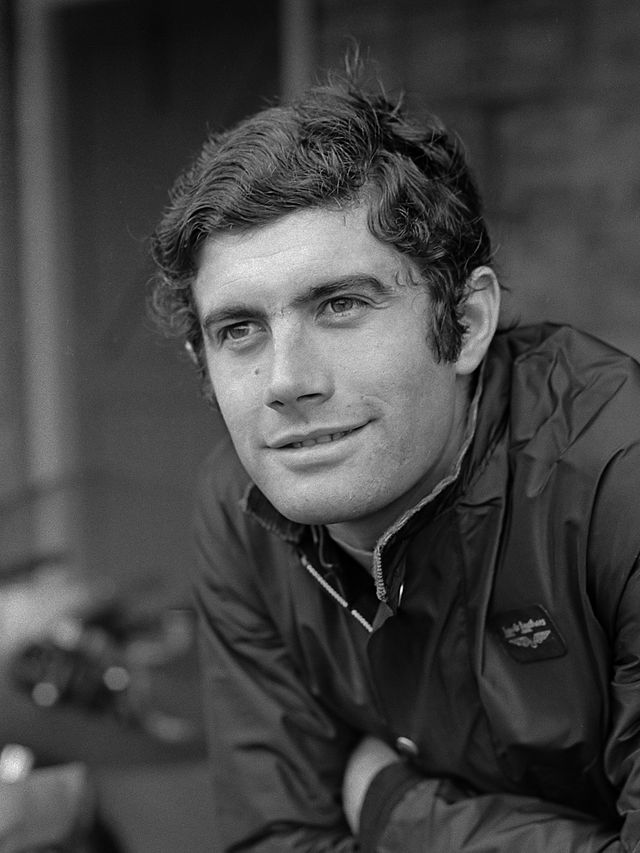 Giacomo Agostini was born in 1942 and is an Italian racing driver. He started riding behind his father's back at a very young age, who was against his practice of the sport. Agostini used to leave the house unnoticed to participate in the Italian Hill Climb Championship, a sport that consists of climbing mountains with cross-country bikes. He also entered some road races but did not move into the category until 1964, after his father finally accepted his son's passion. At 21, in 1963, he won his first Italian championship in Hill Climb with a 175cc motorcycle.

His first year in the motorcycle World Championship was not the most impressive; he did not participate in all the races. A year later, in 65, he entered a team, MV Agusta, an Italian manufacturer with which he would stay most of his career.

The beginning of hegemony

The team already had in its ranks a champion Mike Hailwood, eight times titled thanks to whom, Ago as he is nicknamed, will evolve. His first victory came after his teammate withdrew from the last Grand Prix of the season, allowing him to take the championship lead and win it by a fine margin. It was his first victory but far from being the last, it marked the beginning of a dominance that would last seve, years. He won his first two championships in the 350cc category. In 1968 he began to race in two categories simultaneously, still the 350, but he also raced in 500cc. And no one could stop him; he won the two championships every year until 1972. He also won all the races he finished during these years. But even more impressive, over five years, he won all the races he finished on his Agusta.

He will also be at the origin of the withdrawal of the Isle of Man race from the calendar because, in 1972, he announced he never wanted to race again on the Isle because the same year, a close friend of his, Gilberto Parlotti, lost his life on the circuit. Despite its prestige, Ago stated that the circuit was not secure enough for a World Championship stop. Several drivers will join him in his initiative for the year, but the removal of the track from the calendar did not happen until 1977.

He switched to the Japanese Yamaha team as his historical partner left the competition.

He retired with seven 500 cc World Championship titles in a row, from 66 to 72; seven 350 cc World Championship titles from 68-74, and he expanded his record with another 500 cc Championship thanks to Yamaha in 1975, which makes a total of fifthteen titles. His career ended two years after his 1977 win; he is the most successful driver in history and will probably always remain so because the regulations today prohibit the participation of drivers in several categories.

After a short adventure in four wheels, he was put at the head of Yamaha as a manager; in this role, he won 3 500cc titles with Eddie Lawson. He will also help other drivers like Graeme Crosby or Kenny Roberts. At the same time, he also took care of the car speed championship. He retired permanently in 1995, and when the MotoGP Hall of Fame was inaugurated in 2000 was honored alongside others like Nieto and his former teammate Mike Hailwood.