Ángel Nieto, the smaller the better 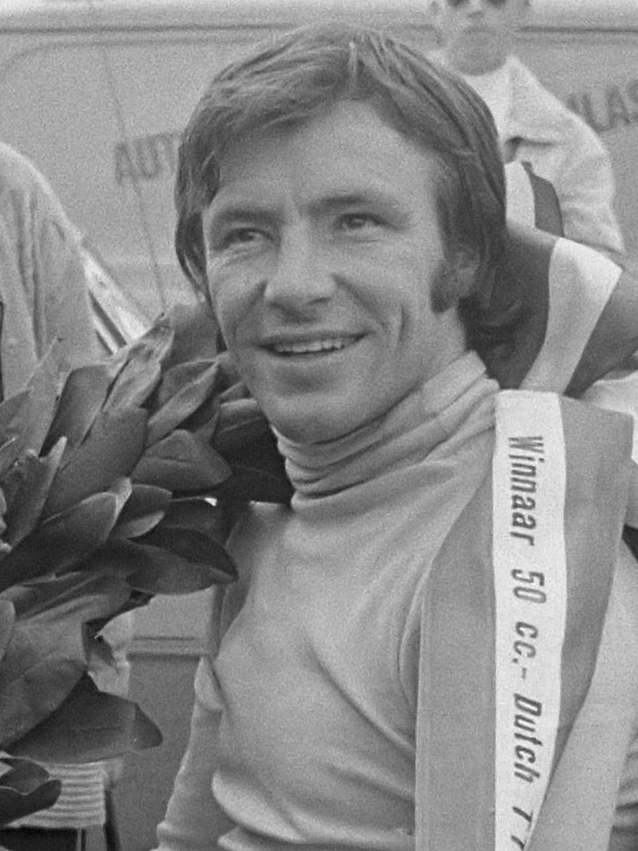 Ángel Nieto was a Spanish driver who began his Grand Prix career at nineteen on a circuit in Barcelona in 1966. The Derbi team, a Spanish one seeing his result of fifth in this race, made him compete in Grand Prix races the following year. He used the next few years to progress. He will be ahead in the Championship but never in the run for the title. He had to wait until 1969 to win his first World Championship title in 50cc. Still, on his Derbi, he competed with the Dutchman, Aalt Toersen. The regulations stipulated that only half of the races, plus one counted for the title. So at the checkered flag, he finished with seventy-six points at the end of the last race, one more than his opponent in the Championship race.

After his first title, he began to compete not only in 50cc but also in 125cc. He won his second title in a row in 50cc by winning four Grand Prix back-to-back and one more at the end of the season, bringing him to eighty-seven points out of ninety. Next to that, in 125cc, he scored many points and carved a place for himself, finishing second.

In 1971 he lost the 50cc Championship because his opponent Jan De Vries scored the maximum possible points, but in 125cc, it is the consecration. He won his first race at the opening race and amassed four more, winning his first 125cc World Championship.

He then won both titles for the first time in 1972 before changing bikes because Derbi had decided to stop Grand Prix racing. He moved to the Italians with a Morbidelli. Unfortunately, the bike was less efficient than he had experienced before, and he finished seventh. He will eventually go back to Derbi before changing manufacturers several times.

At the end of his career, Nieto amassed thirteen World Championship titles, six in 50cc and seven in 125cc, which placed him second in the ranking of the greatest champions. He always refused to say the number thirteen, probably because it might bring bad luck, so it is often said that he won twelve Championships plus one.

In terms of victory, he is third in the standing. He finished on the top step of the podium ninety times, once in 80cc, twenty-seven times in 50cc, and sixty-two times in 125cc; it placed him second for a long time before he was equaled in 2008 and then surpassed only a few days later by the Italian legend, Valentino Rossi. For the Italian's 90th victory at the France Grand Prix, they did a victory lap on a motorcycle with a 90+90 flag to the applause of the Le Mans' crowd.

Like Agostini, he was honored in the Motorcycle Hall of Fame when it was created in 2000.

Always in the same world

When he retired in 1985, he remained in the motorcycle world; he spent much time as the head of teams. Despite a lesser success as a director, he helped the Via Digital team win a title in 125cc with driver Emilio Alzamora. At the same time, he occupied the role of Grand Prix commentator.

He died at seventy in 2017 after a road accident in which he hit a car on a quad bike.