Marc Marquez, the champion of his era 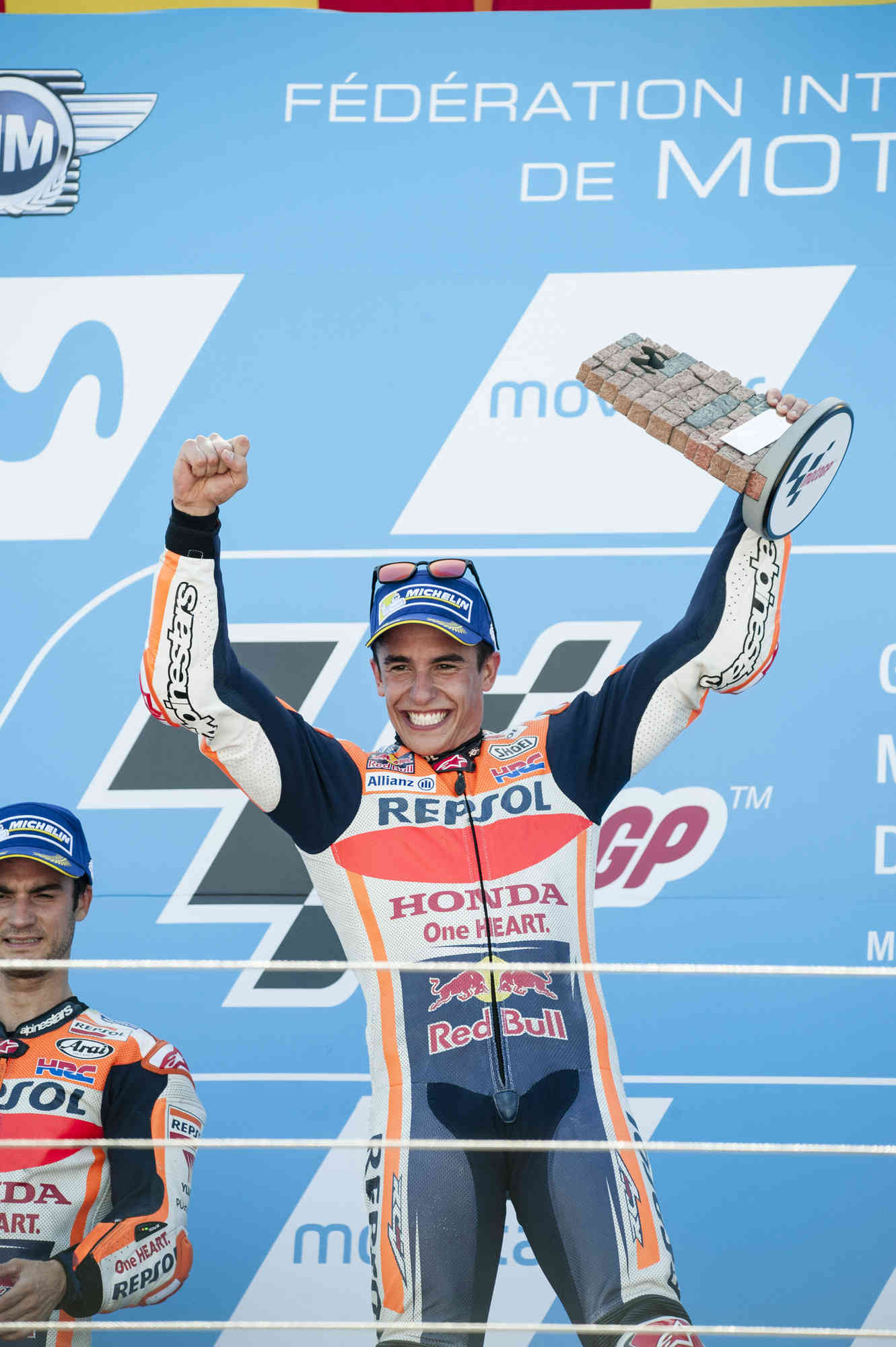 The Marquez era in MotoGP ended in 2020, but before that, the Spaniard dominated for almost ten years, winning several titles against confirmed champions. Already in junior categories, he dominated and won quickly. Marc Marquez is a Spanish racing driver born in 1993. He started riding young and made his Championship debut in 2008 in 125cc at only fifteen years old. He got his first podium after six races and became the youngest Spanish rider to be on the podium at a Grand Prix event. Marquez also had his first pole position in France the following year, becoming the youngest Spanish rider to do so. He became the second-youngest to be crowned champion of the smallest category in 2010 at seventeen years old and 263 days before moving to the higher class.

After his title in Moto3 or 125cc, he moved to Moto2 in 2011 by signing a 2-year contract. He started the season relatively slowly behind the championship leader, Stefan Bradl. In the middle of the season, he began to gain confidence and ability. Marquez won six races in a row and was six points away from Bradl. He took the lead of the championship in Japan when he finished second, and Bradl was fourth. He made an incredible comeback in Australia after starting last on the grid and finishing on the podium's third step. While the Championship stopped in Malaysia, he ended the rumors of a possible passage in MotoGP. He fell at the beginning of the weekend, ending his season and giving the championship to Stefan Bradl.

For his second season, he battled throughout the year with a compatriot, Pol Espargaro. He won the title with nine victories, having finished off the podium only three times. He ended the season with a race where he started thirty-third, on the first lap, overtook 20 bikes, and finished on the podium. His record of points and consistency has still not been surpassed.

Honda and him a story that lasts

Since arriving in MotoGP, the Spaniard has not known any bike other than the Honda. He signed a 2-year contract to start off in 2013, and he took advantage of the retirement of Casey Stoner to join Dani Pedrosa in the factory team. The pre-season tests were conclusive, and Marquez did well on the bike. And he confirmed the result at the first race, where he finished on the podium. He then won in the United States on the brand-new Austin circuit. With this victory, he became the youngest winner in MotoGP, twenty years and sixty-three days, breaking a thirty-year-old record. He continued to have a great season, staying at the forefront and battling big names like his teammate, Valentino Rossi, Jorge Lorenzo, and Andrea Dovizioso. He won the title in his first year, an achievement that had not been done since Kenny Roberts and Marquez became the youngest champion in history.

He broke his right leg at the end-of-season tests, which did not allow him to participate in all the off-season activities but it did not slow him down for his second season in MotoGP. It began with a beautiful battle with the multiple champion Valentino Rossi who saw the Spaniard triumph by little. He won race after race, and on his tenth consecutive win streak, he joined Mick Doohan and Giacomo Agostini, the only two that had done it. He continued to race for podiums throughout the season and managed to win 13 races in the year, passing Doohan, who had done 12.

In 2015 he was the favorite for the second year in a row, but everything did not go as planned. During this year, he fell more than usual which put him at a disadvantage against his direct rival, Jorge Lorenzo, and even if he won races and finished on the podium, arriving in Valencia for the last Grand Prix of the year, he finished behind Lorenzo giving the title to his compatriot.

He won the titles in 2016, 2017, 2018, and 2019 even if he sees another champion in the making with whom he will fight from mid-season till the end. They engaged in exciting battles that brought a breath of fresh air after several years of domination by the alliance of the Spaniard and the Japanese factory.

During the 2020 winter, he signed a four-year contract with Honda, but everything did not go as planned in the world, especially for him.

Multiple injuries that slow him down

Since the beginning of his career, Marquez has fallen a lot; this is part of his technique. He seeks the limit during the first two days. Despite the protections, the more than one hundred and thirty crashes through the years have affected him. He fell during training and suffered a head injury at 18 in Malaysia, which led to Diplopia, a vision problem that makes you see double. He suffered several episodes during his career, especially after his repeated falls in 2021 and 2022.

Like many racers, if not every single one of them, he had arm pump surgery, which, because the forearm muscle does not have the place to extend, causes uncontrollable pain.

As everywhere, the start of the 2020 MotoGP season was disrupted by Covid-19. The season started very late, in July in Spain. It was complicated for everyone, the track was scorching, and at the beginning of the race, Marc Marquez went into the gravel trap still standing he had to recover if he wanted to score. After a crazy race, he fell at the end of the Grand Prix. He got hit by his bike as he rolled on the ground. He fractured his humerus and went directly to the hospital for surgery. He still tried to come back the following weekend, but after eighteen laps on Friday, he gave up; the stress and pressure put on his arm broke the titanium plate but also the bone. He underwent another surgery to fix that.

He returned to Portimão, Portugal, two hundred and sixty-five days after Jerez.

He was not at his best but still able to fight for podiums and even wins at some tracks he knows very well, like in Germany 2021, where he dominated and proved that he was still able to win. You could see the emotion on his face while on the podium. He also dominated on the Austin circuit in Texas, where he has always performed; on this Sunday, he stood on the top step of the podium accompanied by the traditional cowboy hat that is given to the winners.

During all this time, he continued to say that his shoulder made him uncomfortable, and his movements were restricted. He decided to have a third surgery, this time in the United States, to put his humerus back in place.

He will miss a big part of the 2022 season to get back to his highest level and fight for the title in 2023. Before this break in 2022, he won eight World Championship titles, participated in one hundred and forty-eight Grands Prix, finished ninety-nine times on a podium, including fifty victories, and amassed two thousand four hundred and seventy-seven championship points.