The history of MotoGP 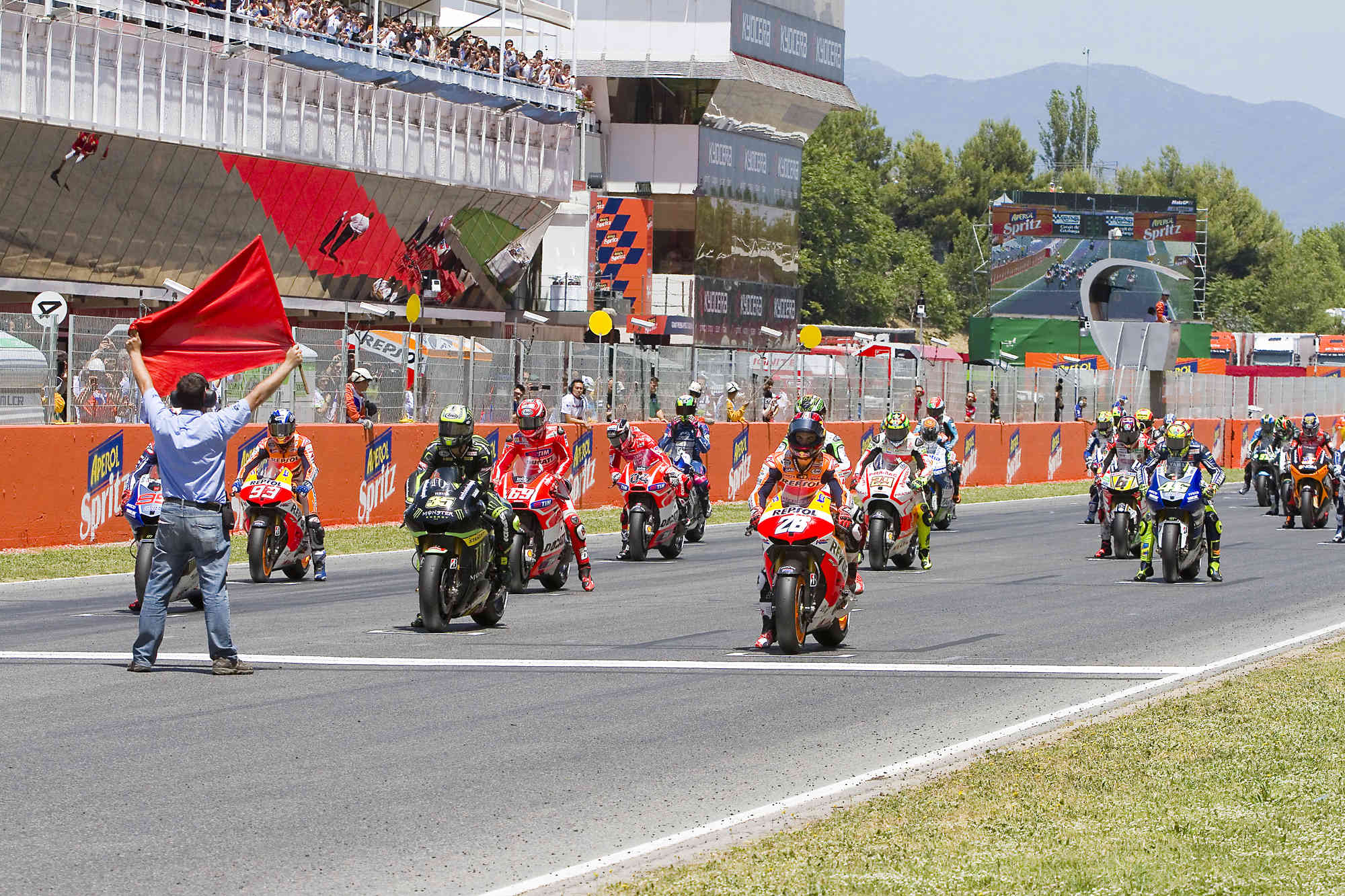 MotoGP is over 70 years old, which makes this competition the oldest motorsport world championship. The first race using Grand Prix was held in Paris, France. Long before that, there were road competitions after the sale of the first motorcycle in 1894.

At the time, it was the International Motorcycle Cup, with riders from several European countries. It was also the first race organized on a circuit, which was a very different one from what we call a circuit today.

With this race, we see the appearance of the FICM, the International Federation of Motorcycle Clubs, which will remain at the head of European races for more than 40 years.

The interwar period and the birth of the first motorcycle championship

It was during this time period that the FICM organized the first Championship. From 1924 until 38, it took place with only one race at different circuits every year. On the eve of the War in 1938, the first European Championship was organized, and we saw the birth of the three categories, 250cc, 350cc, and 500cc, along with a title given after several races.

A break was necessary during the Second World War; in 1947, a race was organized, and a driver was crowned. After the War, in November 1948, at a congress in London, the Federation changed its name and became the FIM, International Motorcycling Federation; it also replaced the European Championship with the World Championship.

In January of that year, after the FIM  reviewed every detail, the name change was official, and the new rules were written.

The regulations explain that: "the title will be given to the best driver and the best team, at the end of the competitions organized during the year and this in all recognized categories, 125cc, 250cc, 350cc, 500cc, and 600cc sidecar and after at least 3 races."

The first race was held during the well-known Tourist Trophy on the Isle of Man, where races are held on the roads traversing the island. On June 13th, 1949, the first Motorcycle World Championship was launched.

The Dutch Grand Prix, or Assen TT, has been a historical event on the calendar since its first edition. Before the circuit was inaugurated in 1955, the races were held on the road, the same as the Isle of Man. This circuit was built using parts of the old route, mainly made of city roads at the time. In 1992, the circuit was fenced and definitively separated from the road. This track is full of secrets and anecdotes. First, it was built in record time, only 4 months, which was called 'the miracle of Assen.' But already before that, when we started racing on this circuit for the Motorcycle World Championship in 1949, the track was talked about because of an ancient Protestant tradition, which prohibited any non-religious activity on Sundays; the races were held on Saturday and, more precisely on the last Saturday of June. We had to wait until 2016 to see this tradition change, and the race is now held on the last Sunday of June.

This Grand Prix is an event that brings together and has seen the greatest triumph. This circuit is also called "The Cathedral" or "Cathedral of Speed" because even if we take away its history, it is a circuit that tests the drivers, their styles, and their endurance. Doing well in this circuit proves the drivers' abilities; it also signals the start of the summer break.

From the post-war period to the 2000s, the Championship remained the same in general, minus a few changes in regulations. The only additions were the tracks on which the Grands Prix took place. In 49, the calendar has only 6 races that were held on the Isle of Man, in Bern, Switzerland, Assen, Netherlands, and Belgium on the famous track of Spa Francorchamps, in Ireland in the Belfast region. The Championship was concluded in Monza, Italy, for the Grand Prix des Nations. And being there was enough; at the time, you did not need to register to participate.

To decide who would be champion, there were, just like today, points awarded, 10 for the first, then we go to 8, 7, 6 and finally 5 points for the fifth. In addition, only the drivers' three best results were counted.

For manufacturers like MV Agusta, Yamaha, Suzuki, Honda, and others, points were only given for the best bike. If a motorcycle finished first and the team's second driver was second, only the first place points were added to their tally. This rule is still relevant today; it is one of the few things that has not changed.

These many years of racing will see drivers coming and going. Tragic events that will gradually change things in terms of the safety for the drivers, the public, and the staff, but especially the safety of the circuits that will slowly become safer, separate from the road, gravel traps, and safety barriers will appear.

But we will also see dominations. In the highest category, the Italians were the best, and not only the riders but especially the bikes; they won 24 of the first 26 titles. We also saw the arrival of new brands. Once a very Eurocentric sport, brands from other continents gradually started to come and race in Europe. They were, for the most part, Japanese.

The birth of the modern Championship

The transition to the 2000s saw the most significant changes in circuit racing. One of the most important, the name of the sport officially became MotoGP. The year after, Valentino Rossi was crowned champion for the first time with his Honda, 500cc, in 2002; the changes and new rules were implemented, and the engines were back to 4 cylinders. They had disappeared from the sport a few years before, and the bikes were now 990cc. Those new regulations were a revolution, and even if the engine size of the highest category went down to 800cc in 2007, allowing Casey Stoner, the Australian, to end the Honda series that began in the 90s, today, the bikes are 1000cc.

Regarding rules, the Championship became longer. Nowadays, it is 20 weekends, spread from March to November, with free practice on Friday and Saturday, then qualification on Saturday afternoon to determine the starting order and the race on Sunday. Points are also awarded differently, always with a downgrade; it is 25 for the first, then 20, 16, 13, 11, 10, 9, and so on until the 15th, who gains 1 point in the Championship.

The last notable change is the tires, which since 2016 have been supplied by a single brand: Michelin. This new rule gave glorious battles because we saw 9 different winners throughout the season, a first.

Today the only changes we see are to try and be a more eco-friendly sport. Michelin today keeps the used tiers and recycles them for example.